What is SSD in Laptop?

A Solid State Drive is a type of memory that can be used on a laptop or computer. The SSD is one of the fastest ways to transfer data between 2 devices. Furthermore, SSD does not use any type of moving part.

SSDs store data on no moving flash memory that can keep the data save even when there’s no power present. This makes for a much faster and more durable form of storage.

It also uses less power than its HDD counterpart, meaning you’ll get more battery life out of your laptop. SSDs are fast, durable, and energy-efficient. If you want the best performance out of your computer or laptop, an SSD is a great place to start.

What is the use of SSD?

There are several uses of SSD. However, the most common use of an SSD is to transfer data between 2 laptops or computers. Furthermore, SSDs are used to store data, similar to a traditional or mechanical hard drive.

An SSD makes it so smooth to move a file in and around your laptop. In short, SSDs can be used for all the tasks that a hard disk can offer but in a convenient way. They make your tasks much smoother. Hope you understand the use of SSD.

There’s a wide range of SSDs on the market, so it’s important to know the different types between them before making a purchase.

SATA SSD:  Serial Advanced Technology Attachment (SATA) is the most common type of SSD, but other types may be a better fit for your needs depending on what you intend to use your SSD for.

A SATA is a type of interface that connects to your computer’s motherboard. You plug your SSD into this interface to store data on your computer. Most computers have at least one SATA port.

NVMe SSD:  An acronym for “non-volatile memory express,” this is a newer type of SSD for data transfer in an SSD that uses a PCIe connection. It provides faster data transfer speeds than SATA drives do.

NVMe SSD is the next-generation version of the SATA SSD. It consumes less space on your laptop’s motherboard. Although, it is almost 5-10x faster than a SATA SSD. These SSDs cover modern laptops.

M.2 SSD:  Another type of interface that connects to your computer’s motherboard—but it doesn’t take up as much space as SATA does. These are also known as next-generation small form factor SSDs. These SSDs are similar to NVMe SSDs in size, however, when it comes to speed, then these are similar to SATA SSD.

How does SSD work?

SSD, or solid-state drive, works by storing data in microchips. There is no moving part, so the drive is more durable and stores information faster than a traditional HDD.

Unlike typical hard drives, which use spinning disks to read and write data, SSDs use flash memory as their storage medium.

Flash memory is non-volatile, meaning it doesn’t require power to maintain data. This means that SSDs can operate more quickly, without moving parts as hard drives do.

An SSD has some advantages over traditional hard disk drives, including speed and low power consumption, have a look:

Speed: An SSD can read stored information much faster than an HDD, resulting in quicker boot times and shorter program-load times.

Durability: An HDD is made up of moving parts, which means it can be damaged by shock or vibration. SSDs do not have any moving parts. Therefore, they are more durable and less prone to damage.

Power Consumption: An SSD uses much less power than an HDD, which is important for battery life in laptop computers.

Reliability: As SSDs have no moving disk-like HDD, there are fewer chances of failure.

Lightweight: With no moving parts in SSDs, they are likely to run quieter. Moreover, they are lighter in weight and easy to carry.

Difference between SSD and HDD

The main difference between SSDs and HDDs is the type of data storage each provides. HDD stand for Hard Disk Drive uses magnetic disks inside the drive to store data. SSD stands for Solid State Drive, and it uses flash memory instead of disks to store data.

SSD and HDD are both forms of storage for your computer, but the main difference is that SSD does not have any moving parts.

This means that SSDs start up faster, lose data slower, and are less prone to damage than HDDs. Of course, they tend to be expensive, and they can’t hold as much data as some HDDs at lower price points.

Which is the best brand that manufactures SSD?

As we have seen above what is SSD and how does it work. suppose you are planning to upgrade your computer to a higher SSD and you don’t have any knowledge about the best brand that manufactures SSD.

Then let me tell you there are so many brands available in India that manufacture different types of SSD at different ranges.

They are given below.

Here is some best brand that manufactures SSD in the present market.

In this article, we have gained complete knowledge about SSD. If you are a beginner in the computer field then hope this article helps you to get the information about SSD. If yes, then do not forget to read about our other related articles and subscribe to our newsletter.

Surprise
0 0 %
Tags
SSD What is SSD in Laptop

What is a Samsung Chromebook?

Are HP Laptops Good for Gaming?

What is a Samsung Chromebook?

Are HP Laptops Good for Gaming?

How to choose your gaming desk? What are the characteristics of a good laptop?

Is Acer a Good Laptop Brand 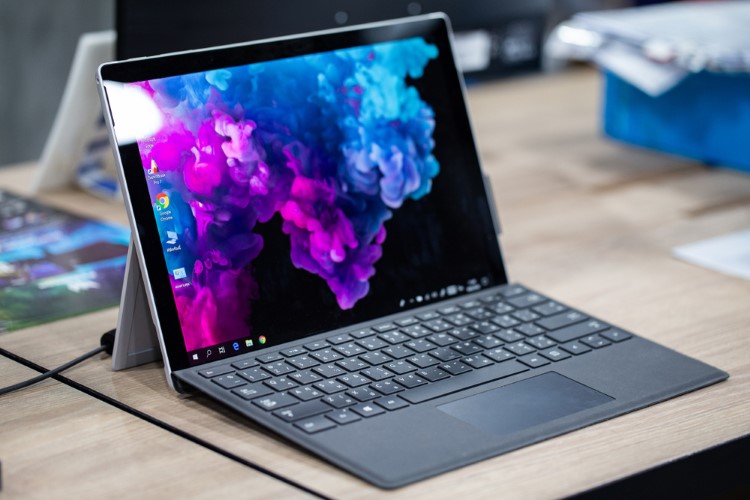 How to Increase Speed of a Laptop