Our new generation totally depends on technology, like Smartphones, video games, etc. We all love gadgets and life is unimaginable without them. Today I show you the best gadgets under 1000 rupees in 2020 which I personally use. 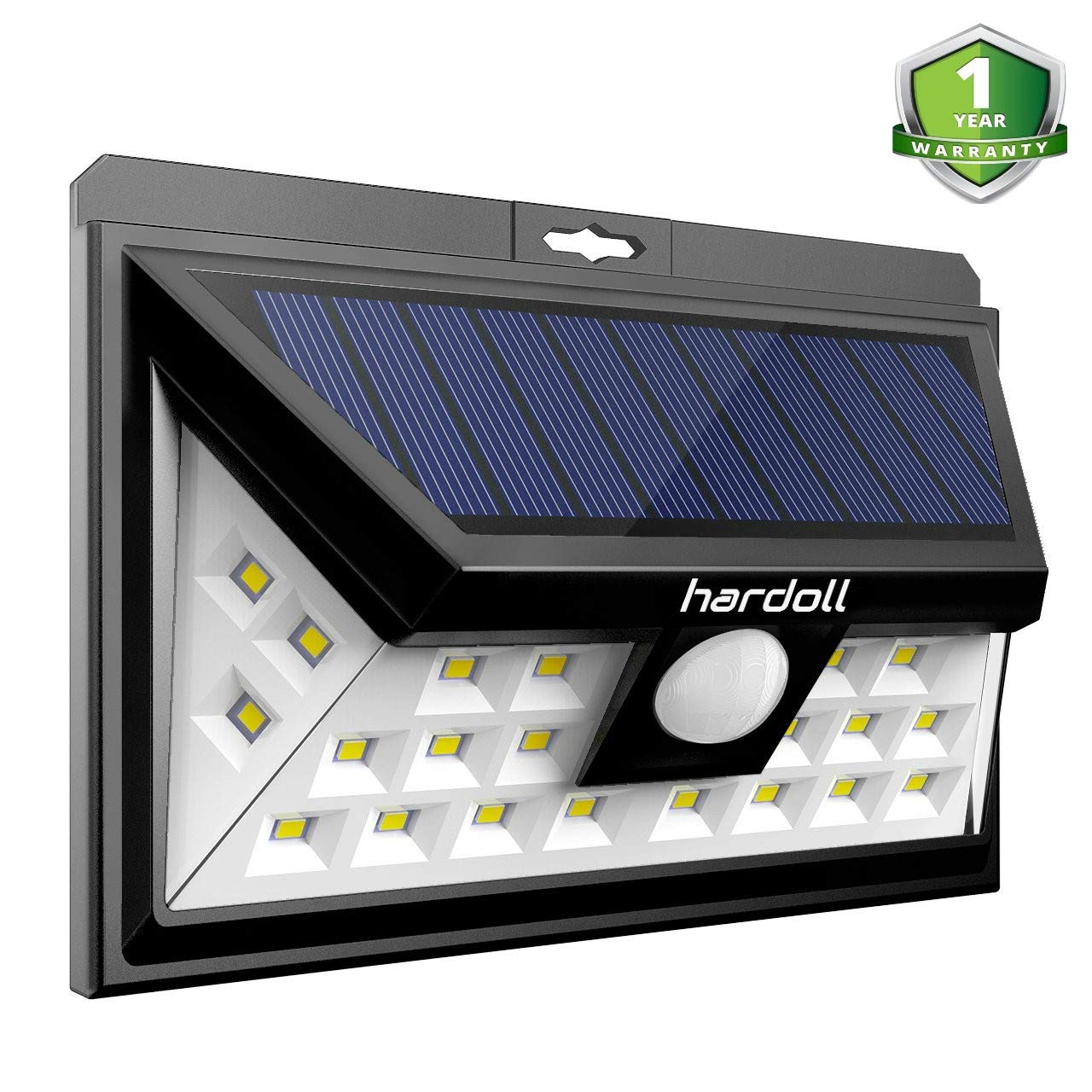 The LED light built-in motion sensor, it’s actually powered by solar energy so as you can see it has 17% high-efficiency solar panel. On the top side plus it’s also waterproof with ip65 rating which makes it easy to install outdoors.  It sparked by solar energy and it does not require any external power or it does not require any batteries to be installed hence, making it completely energy efficient.

It has 1200 mAh battery built into it which in my opinion is quite sufficient. Now at the heart of this LED light is its motion sensor which detects people or pets so any moving objects under its illumination range and lights up automatically. That’s one fantastic thing it works 99 times out of hundred with very little error margin, and it’s also smart enough to light up only in the dark environment. At the night so in the day it’s completely saving energy and charging at the same time, so one thing you’ll have to make sure is to install it in such a place you know where there is sufficient amount of sunlight so that it can charge fully before it’s being used. 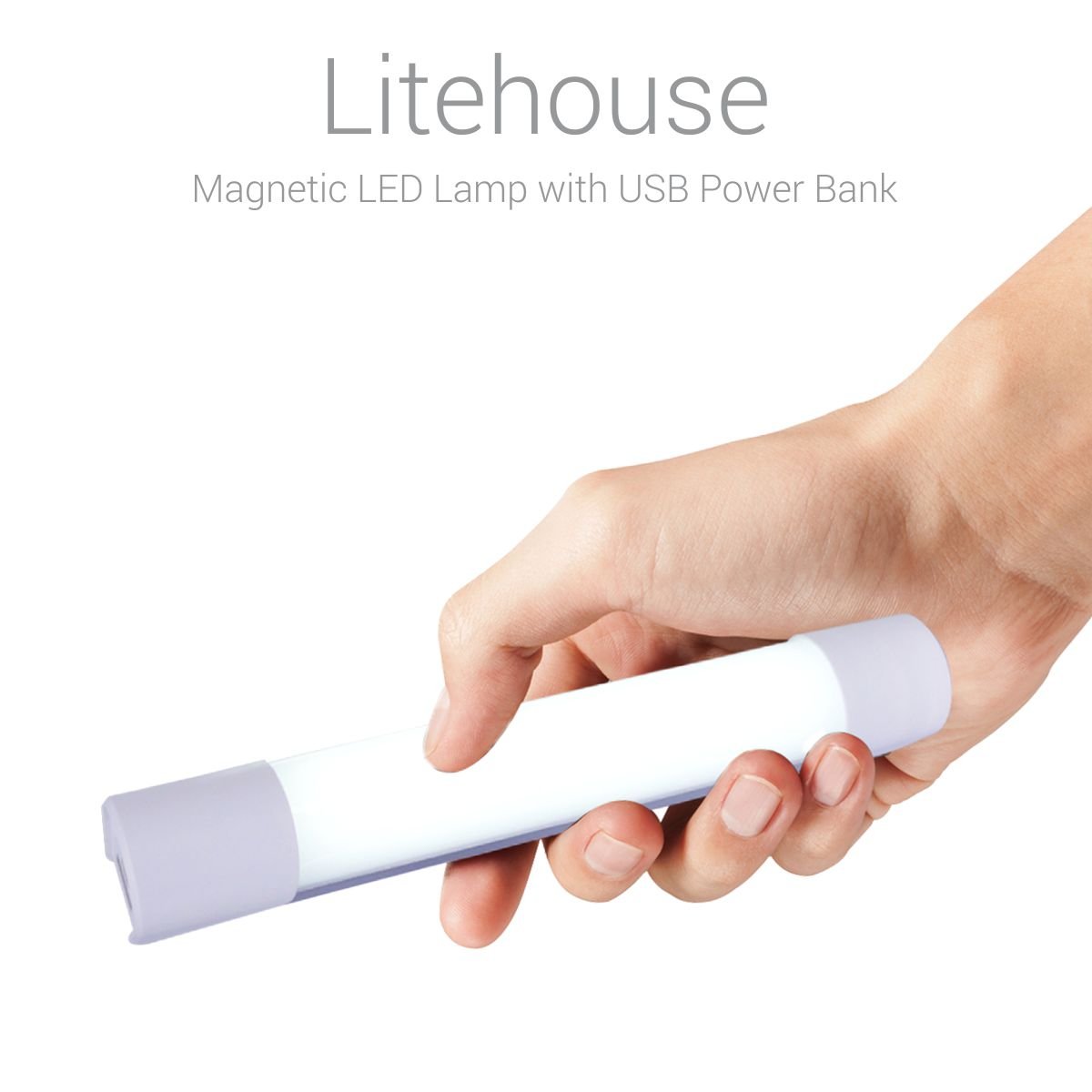 A lighthouse from Portronics it’s just not a normal LED guys it’s a magnetic rechargeable LED light with in inbuilt power bank. A power bank with a capacity of 4400 milliampere so you can charge your phones tablets or any of the accessories with this one. Hence I believe it’s a very handy and useful product to carry around, but it also has magnets placed on the rear side so that you know you can attach it to any metal surface like CPU case.

If you are looking for Best Gadgets Under 1000 Rupees in 2020 then this is best gadgets of all time, if you want to use this steady lamp or on the fridge, if you want to light up your kitchen or to cover, etc so it’s a very dynamic product that can be used in multiple ways. So once I saw this online I actually had no second thoughts in my mind and you know quickly ordered it for myself. 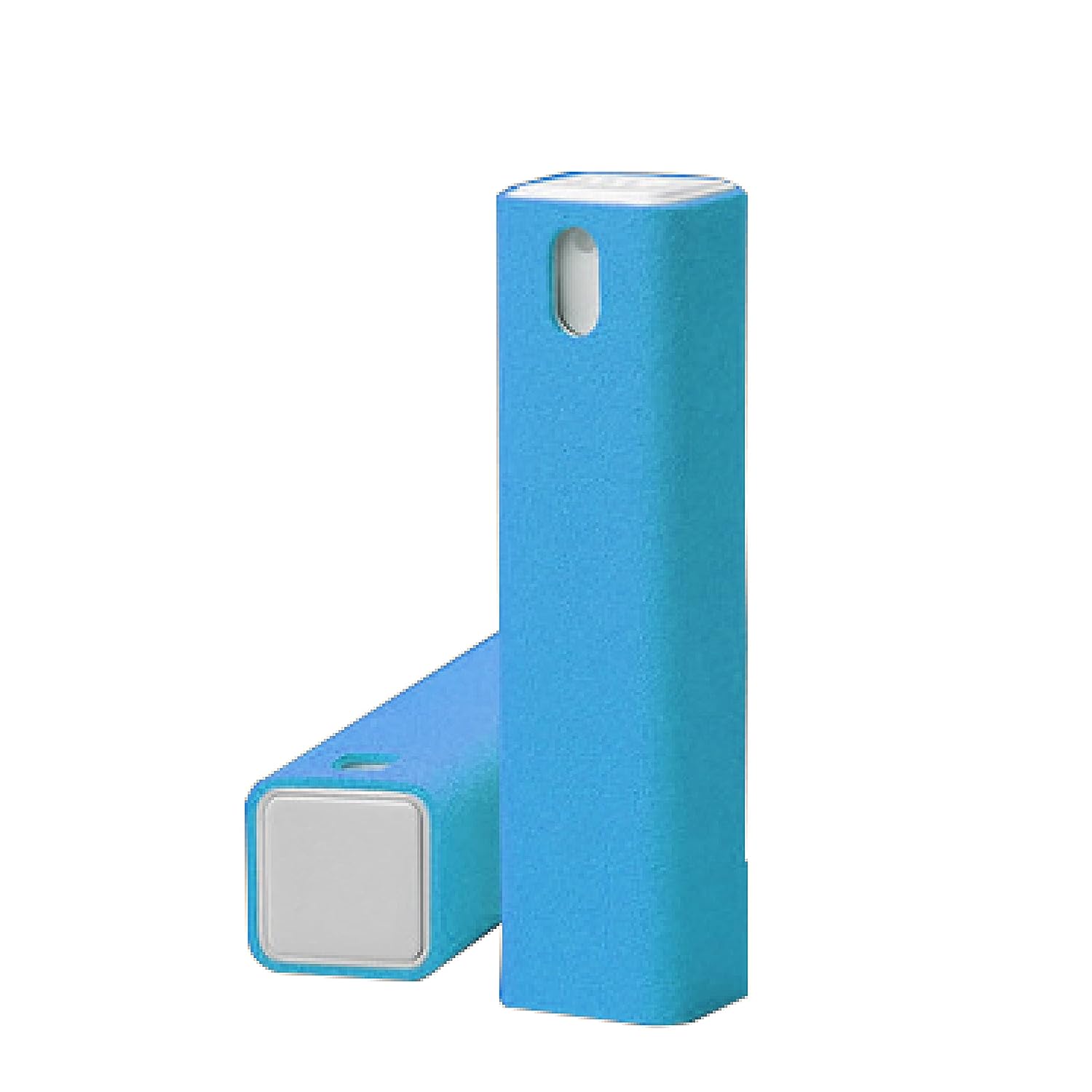 This little pocket double accessory from Portronics had my complete attention, it’s a spray and swipes mini duster which can be used to clean gadgets like smartphones, video games screen, etc displays. So that they can stay fingerprint-free as most of the phones these days also have glass back panels it becomes necessary for us to keep them clean and fingerprint-free. This can also be used to clean laptops monitors TVs only at 250 rupees. 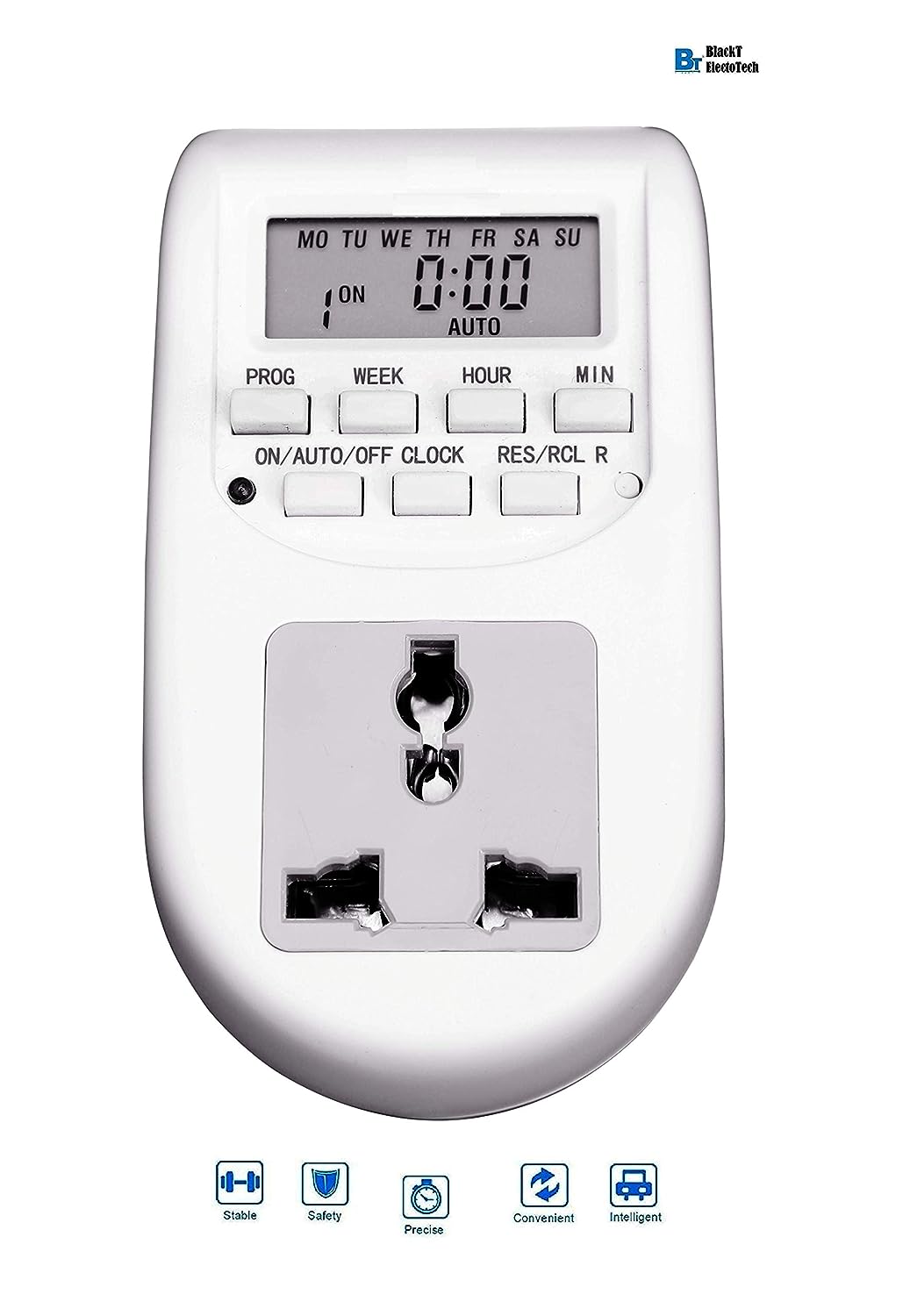 If you’re worried about charging your phone or laptop overnight and if you feel that the battery would be affected in the long run, then use this automatic power cutoff socket. It says it automatically turns off the socket indeed stopping the device from further charging. One available one hour two hours four hours or six hours so the recommended timing would be somewhere around two hours. For phones or tablets for hours for laptops and the six hours for power banks etc so it costs you little over 500 rupees that’s around 600 rupees to be exact but I feel it’s definitely worth for what you’re paying. 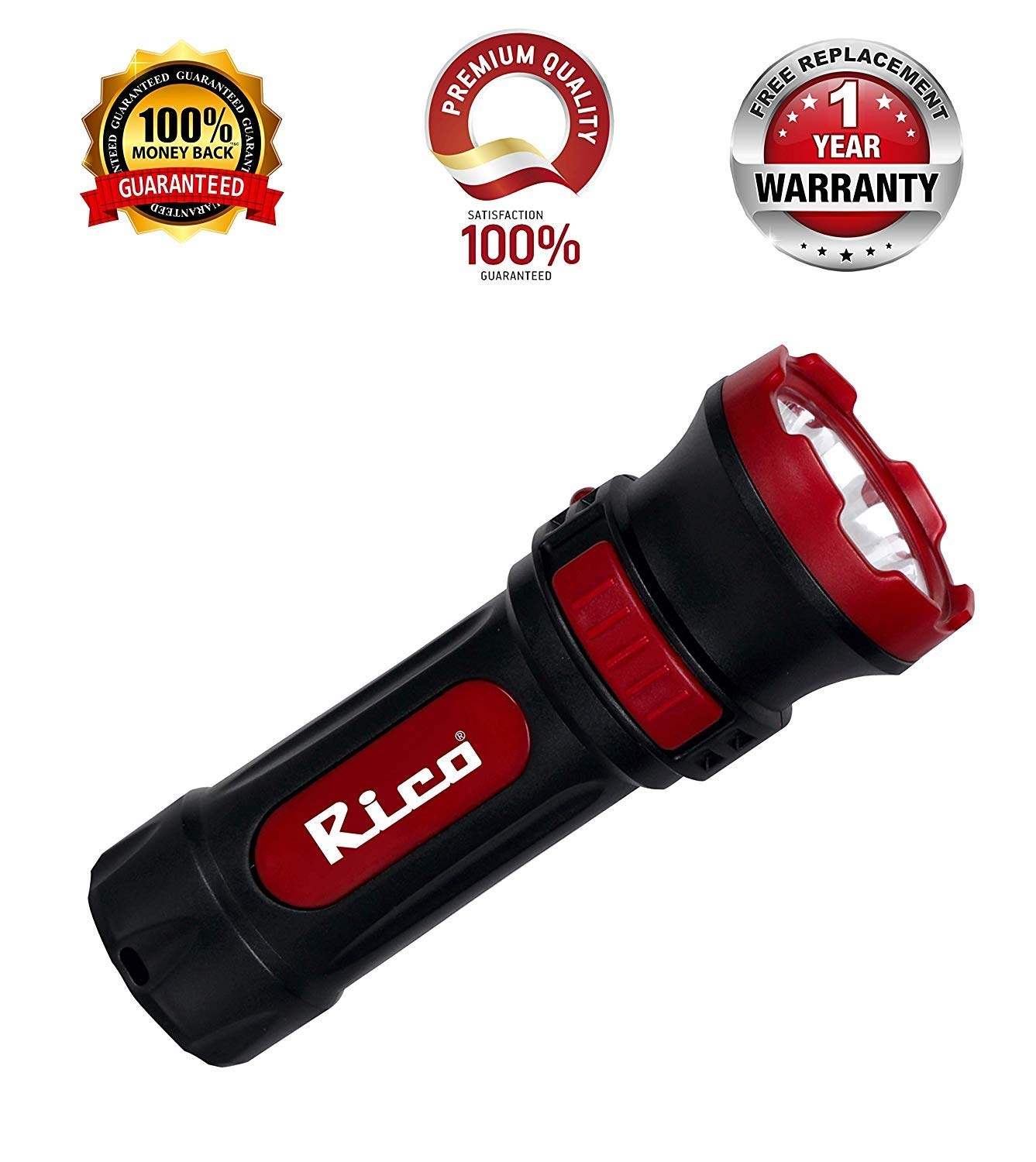 Next tech gadget is a flashlight that has very good build quality comes with three a guarantees it’s ultra-bright with 60 lumens. At full capacity covering 50 meters now one fantastic thing about this torch is it has a zoom ring which allows you to zoom in to cover longer distance. You can also zoom out to cover the wider area making it very adaptive suitable and useful at times. It’s also IP 62 rated so rain or dust, by and large, should not affect its performance and the more than anything guys its available at a very affordable price of around 350 rupees. 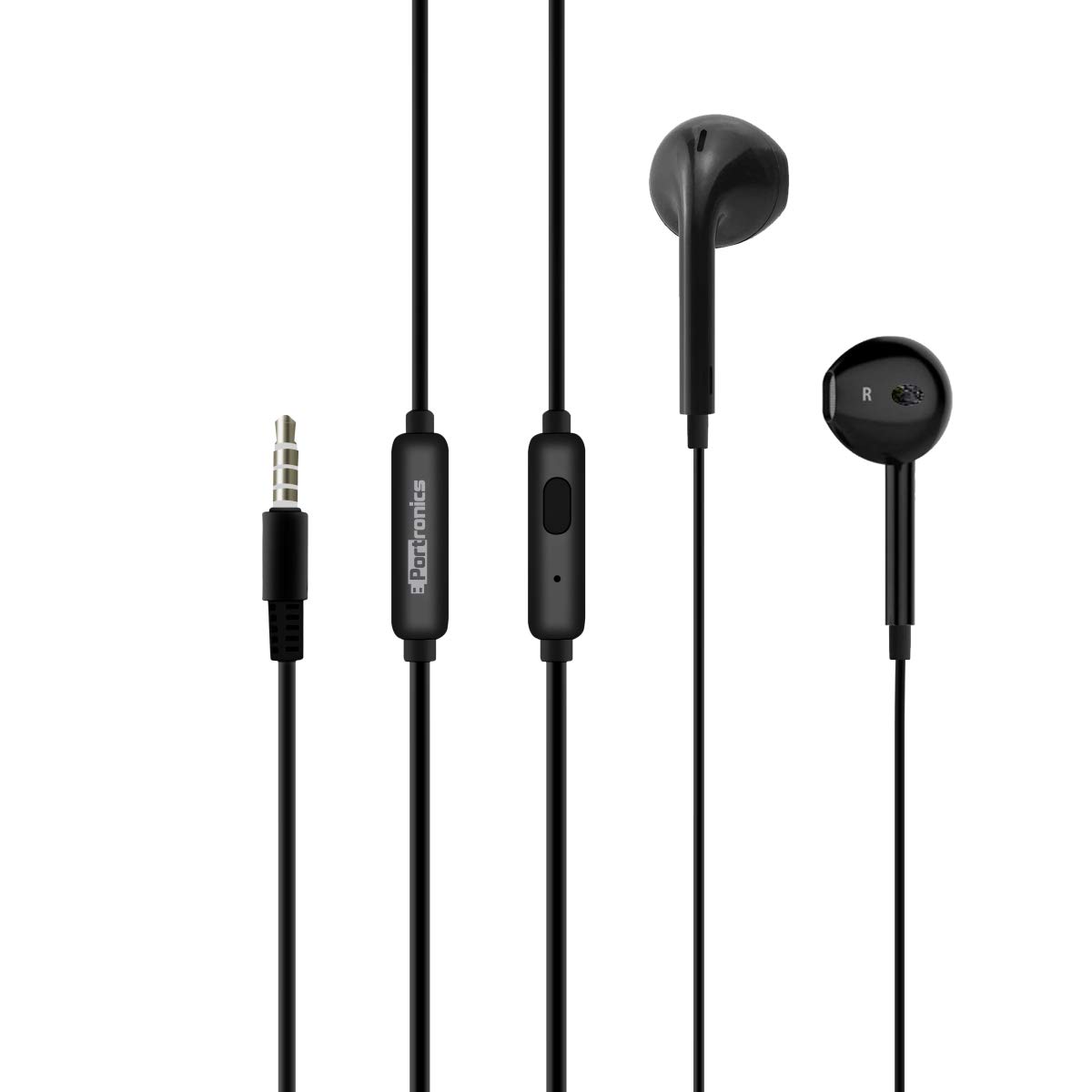 In-ear style earphones from Portronics which have good build quality for the price they give. It just weighs 16 grams they’re pretty lightweight making them comfortable to wear for longer sessions. It also has a volume slider to adjust the volume and a button to take away end calls. As far as I have noticed call quality was amazing, I have no complaints regarding that now importantly speaking about sound quality it has amazing bass levels superb voice clarity and it’s pretty loud. as well I to be honest guys haven’t seen any other year phones under 300 rupees having such a good bass quality and voice clarity. If you search the best gadgets under 1000 rupees then I would highly suggest you check this out. 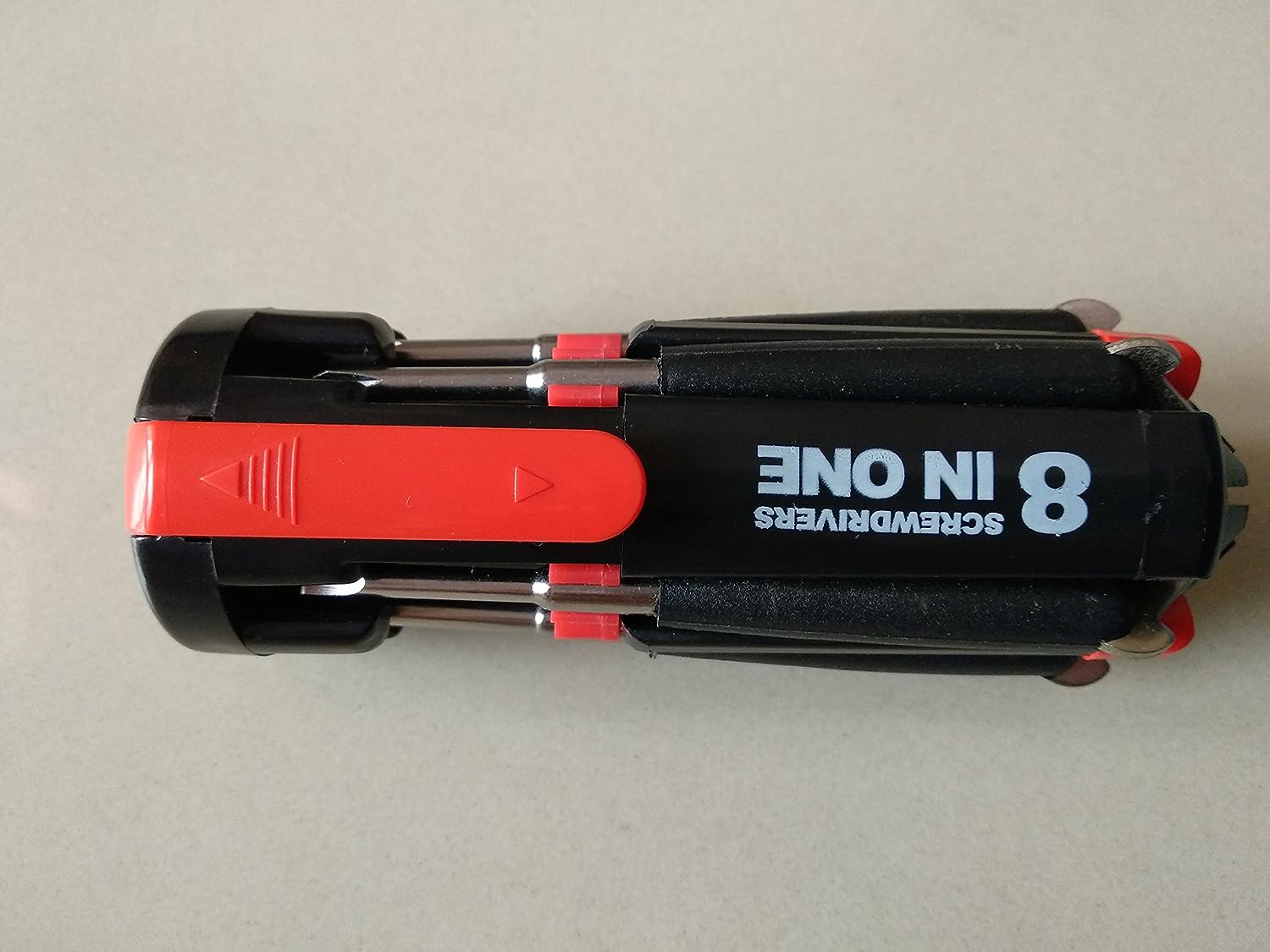 8 in 1 multifunctional screwdriver kit which is pocketable and very portable. At the same time, it has folding arms that house the screwdrivers so you can have access. The only tool which you need or which you require and to fix things and once it’s done you can always put it back in its position. Now one more good thing which I have noticed about this kit is it has six LED torche. This should come in handy while you’re working in low light situations in fact it makes you independent as you don’t need another person holding the torch while you work. So guys according to me it’s a very convenient and handy tool kit available at a very affordable price. 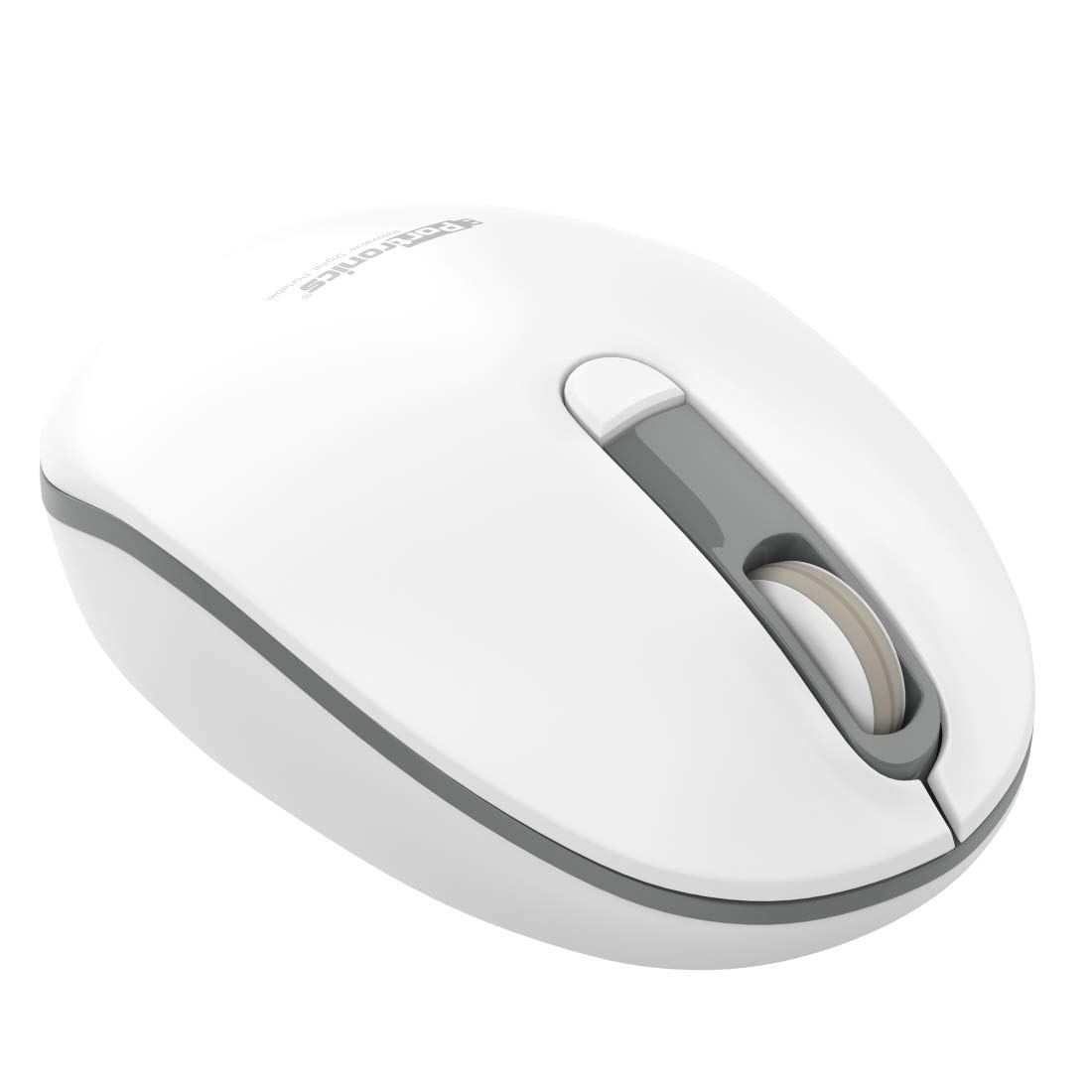 The vertical Mouse might be this term is new to many hence let me explain that in a minute. Now the general mouse design actually puts tension of pressure on the carpal tunnel area, you know if your hand is in case you use it for longer sessions like for editing of gaming, etc. Hence the angle and height on the vertical malls are designed for natural wrist and hand postures which indeed reduces the tension of fatigue or stiffness. It has three dpi settings at 800 1200 and 1600 plus it has two extra buttons forward and backward for better navigation. Hence, it’s not a bad idea to try this affordable vertical mouse if in case your work demands longer sessions. You should try some wireless best gadgets in 2020 on Amazon India. 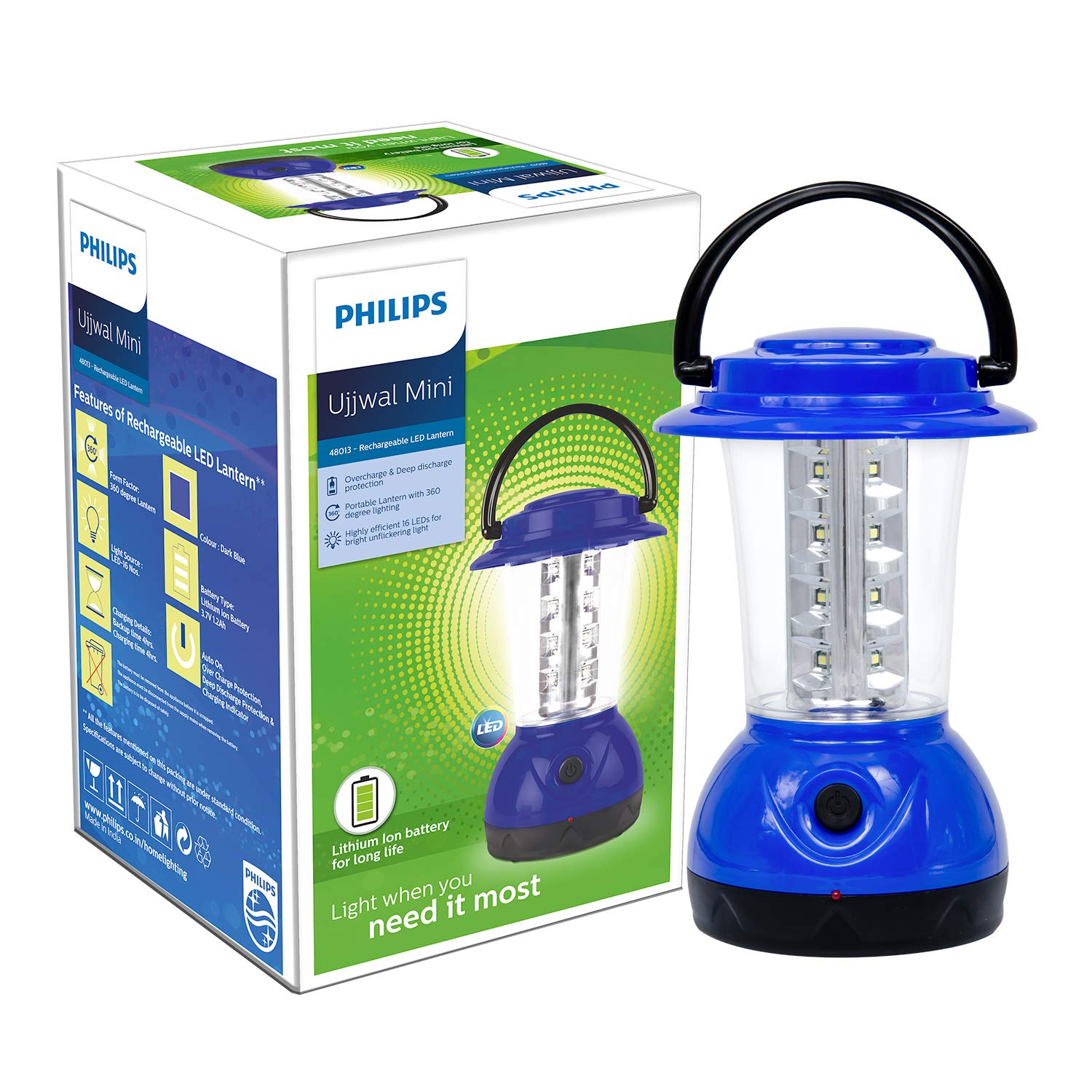 Mouse activity or guys next tech gadget LED solar rechargeable Lantern. It definitely comes in handy if you’re camping or if you are on a small trip. It’s very portable and not only that guys, but I was also amazed by the fact that you can charge your phones with this Lantern the capacity is not too high. But it’s useful to get some quick drops of 15 or 20% charge ship now this Lantern can be charged in three different ways first is with solar power.  Second with AC adapter the cable comes in the box is sewn only Tory on that one and third with three Triple A batteries it also has a red LED indicator to mention that it’s charging and for all this, it only costs you 740 rupees. This is one of the best gadgets under 1000 rupees in 2020. 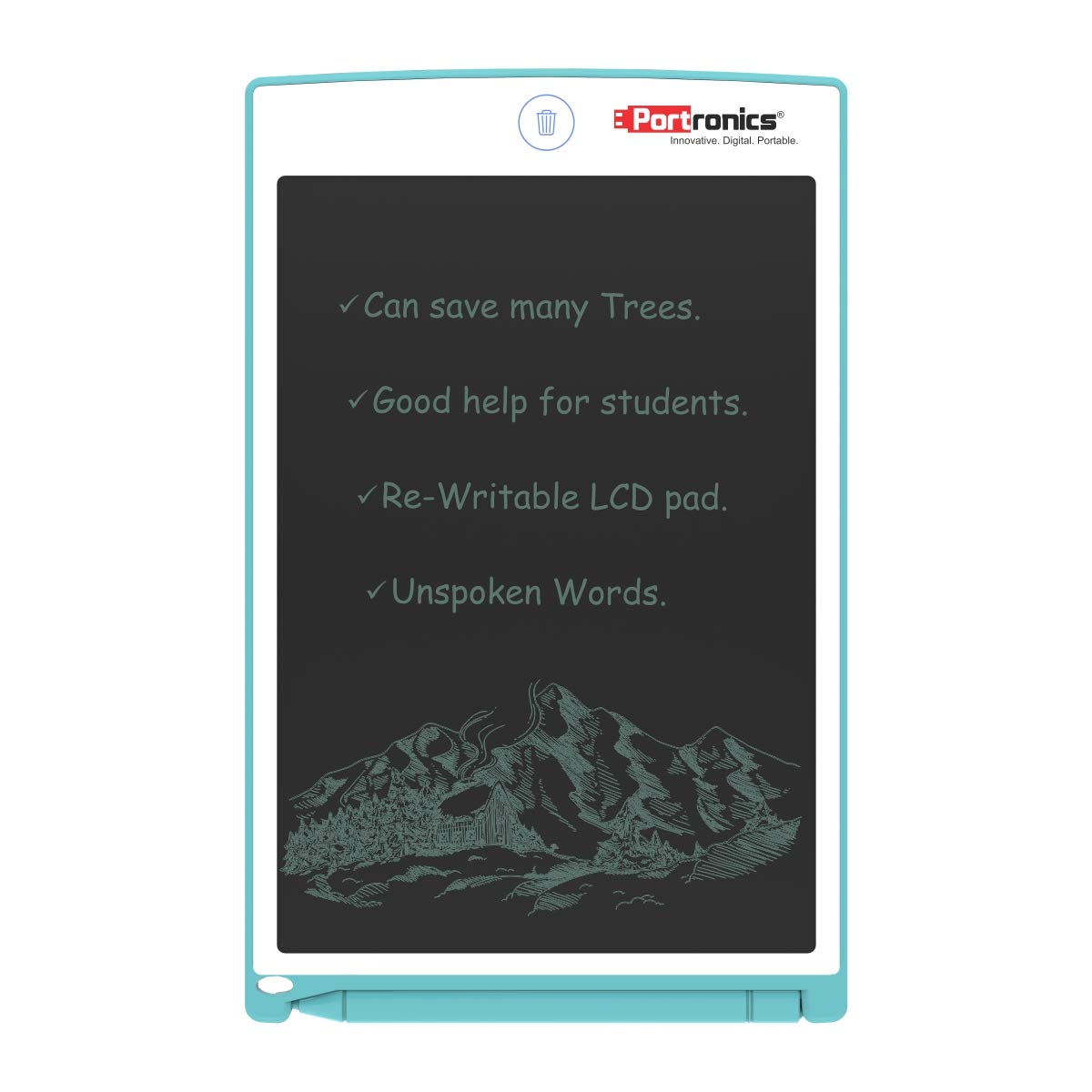 The eight-inch rewritable LCD pad from Portronics which comes with a stylus, using which we can jot down some quick notes it can be used for to-do lists scriptwriting, drawing, reminders messages, scribbling pad for kids, etc. It’s just limited by your imagination and creativity and as mentioned earlier it’s rewritable so you can press the delete button given on the top row to erase the content it sparked by a coin sell and company. Claims it should be good for two years one more interesting thing is it has a magnetic piece that effectively enables it to be placed on the surface of the fridge cupboard or even CPU case. Now I personally got it for my work because I with so much of paper for scripts so this should definitely help me reduce paper use in the future better.

So in my opinion, these are some best gadgets you should see in 2020 on Amazon India. Amazon Prime Day is coming on 6th August, get ready for the best deals.